I'm a writer and photographer, with four novels and several short stories. I'm not quite this blonde anymore, but I've always liked this picture. I enjoy fiction, art, stories, photos, and  the imagination. In my imagination, I'm still blonde. 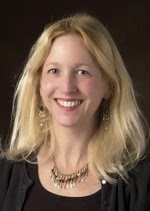 Sarah was born in Cleveland Heights, Ohio, where she still lives. Her father, Kirk Willis, was a well-known actor and director at The Cleveland Play House, but died when she was twelve years old. After walking out of Lakewood High School when she was sixteen, Sarah attended Friends Free School, a small alternative high school started by Quakers. In 1971 she began working at the Cleveland Free Clinic, where she worked for the next ten years in a variety of jobs from janitor to Medical Coordinator. During this time she attended Cuyahoga Community College, Otterbein, and finally graduated from Case Western Reserve University in 1978 with a BFA in Theater Arts, at which point she decided to quit acting because she wasn’t really very good at it. She then went on to earn a Certificate in Photography from Cooper School of Art. At the age of thirty-four she began taking non-degree graduate classes in creative writing at Cleveland State University. She finally found her calling, writing fiction. Making up stuff.

Her short stories have been published in Book Magazine, Confrontation, Crescent Review, (this story was nominated for a Pushcart Prize), Tampa Review, Vincent Brothers Review, Rockford Review, Whiskey Island Review, Riverwind, No Roses Review, Artful Dodge,  The Missouri Review, and the anthology, Our Mothers Our Selves.

Sarah Willis’ first novel, Some Things That Stay (Farrar, Straus & Giroux, 2000) was listed as a New York Times Notable Book of the Year, won the Stephen Crane Award for First Fiction 2000, and was awarded The Cleveland Arts Prize in Literature 2000. Some Things That Stay was made into a movie which opened in Canada in October, 2004. Her other novels are, The Rehearsal (Farrar, Straus & Giroux 2001), A Good Distance (Berkley, 2004), and The Sound Of Us (Berkley 2005) Her novella, “Double Exposure” can be found on-line at usatoday.com/open books. (Although someone else’s picture is on the page.)

Sarah has taught creative writing classes at numerous writer’s workshops and colleges, including Hiram college, John Carroll University, The Imagination Conference at CSU, The Columbus Writers Conference, The Writer’s Center at Chautauqua, and the Maui Writer’s Retreat. She also does readings and speaks to groups about the writing life. Please feel free to ask her to speak to your group!